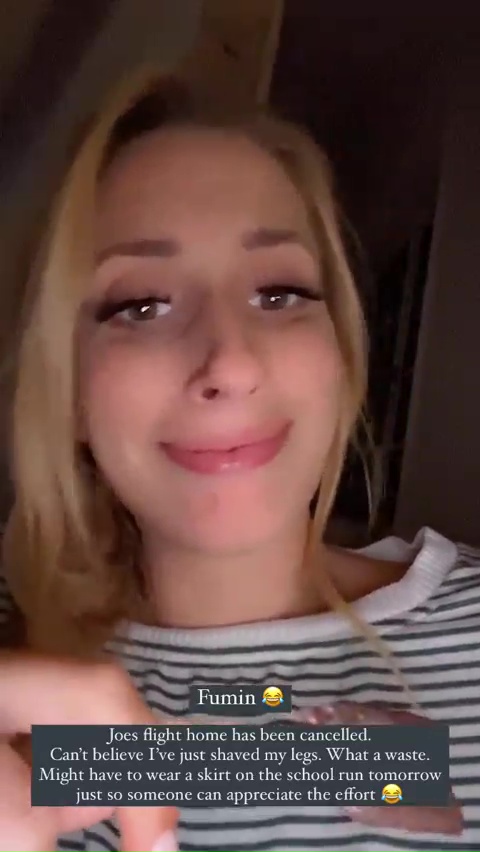 LOOSE Women star Stacey Solomon revealed she was “fuming” after she shaved her legs for Joe Swash’s return – only for his flight to be delayed.

Joe has been in South Africa filming I’m A Celebrity All Stars and was due to arrive back in the UK last night.

Stacey – who married Joe over the summer – had spent the evening preparing for his return.